Standing By You during the COVID-19 pandemic. Themis Bar Review is here to help you and your continued law school and bar exam success.
Read More

We use cookies and similar technologies to understand how you use our site, remember your login details, and to improve your experience. To learn more, click here.

In the bar review industry, year after year, we hear two common misconceptions about the Multistate Professional Responsibility Exam (MPRE): that it’s an easy exam, and that your law school Professional Responsibility class is enough to prepare you for it. While neither statement is patently false, a blind belief in either one of these myths can easily jeopardize your chances of passing. But before we get into the dangers of those fallacies, for the sake of those unfamiliar with the exam, let’s go over the basics of the MPRE.

The Multistate Professional Responsibility Exam is, for many, the first concrete step towards bar admission. It is a 60-question multiple-choice standardized test required in all but three U.S. jurisdictions. So, if you’re taking the bar exam in Maryland, Wisconsin, or Puerto Rico, you can stop reading now. But for everyone else, if you want a license to practice law, you’ll need to pass the MPRE.

The goal of the exam is to measure your knowledge of the law governing the conduct of lawyers. It is not a test of how ethical you are as an individual. (Insert obvious yet mildly amusing unethical lawyer joke here.) What exactly is the law governing lawyers? According to the National Conference of Bar Examiners—the people who write the MPRE questions—the law governing lawyers includes the Model Rules of Professional Conduct, the Model Code of Judicial Conduct, and generally accepted principles established in leading case law and by evidentiary and procedural rules. Don’t panic—this does not mean that you need to be an expert in Evidence or Civ Pro! What they’re really saying is that some questions on the exam may be in the context of areas that overlap with rules of evidence or procedure, such as attorney-client privilege or litigation sanctions. So, you should be familiar with these concepts, which—if you use a commercial prep course (more on that later)—you will be, even if you haven’t yet taken Evidence or didn’t cover Rule 11 in your first-year Civ Pro class.

What won’t be tested are local statutes or rules of court specific to your state, or modern trends in case law—some or all of which you may have covered in your law school Professional Responsibility/Ethics class. This is where the ‘M’ in MPRE is important: it’s a MULTI-state test, taking place in a closed Multistate Universe. The governing rules of law are the same for everyone taking the exam and have little to no relation to the actual laws and rules in your state. The guy taking the exam three states over has no idea about those actual laws and rules in your state, you have no idea about those in his state, and neither one of you needs to worry about that fact. The keys to your success are the Model Rules and generally applicable principles. The exception, of course, is if a question actually tells you the language of an applicable statute or rule. If the fact pattern says, “In this state, the applicable rule states XYZ…,” then forget about the general rule that you’ve memorized and apply the specific rule given to you in the question. But that’s the only time you should step outside that Multistate Universe.

Of the 60 questions on the exam, only 50 are scored, but you won’t have any idea which ones, so you need to treat each question like it matters. Each question presents a fact pattern and four answer choices. Here’s what you do, in a nutshell:

1. Read the call of the question

4. Choose the best of those four answer choices and fill in the bubble on your answer sheet.

Note: If you absolutely cannot choose an answer, flag the question and move on. Then, after answering the last question on the exam, go back to any question you flagged and select an answer, guessing if you have to.

Sounds pretty basic, I know, but a LOT of people skip over at least one of those steps. Don’t be one of those people.

Let’s talk about each step in a bit more detail.

First, read the call of the question. That is, go to the end of the fact pattern and read the last sentence (or sentences) immediately preceding the answer choices to determine what the question is asking. Doing this before reading the question from the start is actually more efficient, as it helps you to focus on the relevant facts and issues in the fact pattern, rather than potentially falling for distracters or irrelevant information.

When you do read the question, read it carefully. Why do I keep saying that? I mean, of course you aren’t going to read it carelessly. Well, maybe, maybe not. If this is your first experience with NCBE-authored multiple-choice questions, you might be surprised by how easy it is to overlook facts or, worse, create facts that were never actually stated in the question. Don’t do that. Don’t skip words, and don’t assume words that aren’t actually written there. This is an incredibly common pitfall, and an enormous number of wrong answers can be avoided simply by reading the question carefully. (Spoiler alert: This same rule is how you’re going to get through the bar exam successfully, too.)

Now you’ve come to the answer choices. Read them all. Even if you’re sure that you already know the correct answer before you start reading them, and even if answer choice A says exactly what you knew the correct answer would say. Read them all, because until you do, you simply cannot be sure that you have the right one. Yes, this takes a little extra time, and time is precious during this exam. But it isn’t so precious that you can afford to make silly mistakes, and reading all of the answer choices is an easy way to save yourself a few of those. (Are you sensing a theme here? Reading is the key! Again, it sounds obvious, but far too many people seem to forget it, so again I say, don’t be one of those people.)

Now, as for step 4, you’ll notice that I did not tell you to choose the right answer. That’s because in some cases, there won’t necessarily be a “right” answer. Sure, the NCBE has identified one of those four options as the correct answer, but that’s not always the same thing. This is one of the greatest frustrations students face when preparing for the MPRE (and the bar exam, for that matter). In at least a few questions, you will be asked to choose the most likely outcome or the strongest argument. And, in at least one of those questions (probably more), by the time you get to the answer choices, you will already have an idea of what the “right” outcome is…but it won’t be reflected in the options you’re given. This is just another facet of that Multistate Universe—you have to work with the information you’re given. Don’t assume facts not stated in the question, don’t apply rules from outside the Universe, and pick the best answer, which may or may not feel like the right one. The best way to get used to this kind of situation is to do plenty of practice questions.

Which brings us back to those pesky myths…

It’s a fairly common misconception that the MPRE is an “easy” exam. It isn’t, and it’s important that you take it seriously. So, it may be useful to understand why this rumor persists. When the subject of the MPRE comes up, anyone who has already taken that exam and has taken the bar exam inevitably says something along the lines of, “Oh, don’t worry about the MPRE; it’s nothing compared to the bar exam.” Which is true—relative to the bar exam, the MPRE hardly seems difficult at all. But that’s not exactly saying much, considering that the bar exam will be the most difficult exam you’ll ever take.

But, if you were to talk to people immediately after they’ve taken the MPRE—people who have nothing to compare it to except the LSAT—you would hear a very different response. Very few would tell you that the questions were easy, and in fact most would say that the exam was much harder than they expected. And those are the responses you should care about, because that’s the boat you’re in right now. You don’t yet have the luxury of post-bar-exam hindsight, so don’t let yourself be fooled: the MPRE is not an “easy” exam.

Along those same lines, plenty of people linger under the misapprehension that a good grade in your law school Ethics class means you’ll have no trouble passing the MPRE. Unfortunately, I’ve seen plenty of bright, accomplished law students retake this exam because they didn’t prepare properly. It’s not the end of the world to retake it, but it’s an inconvenience and an expense that you can avoid without too much effort. Here’s a sample MPRE question, as an example of why your Professional Responsibility class might not be enough:

A. No, because the attorney has been instructed by her client not to reveal the representation.

B. No, because the proceeding was not an adversarial one.

C. Yes, because the attorney failed to reveal that she was representing the client.

D. Yes, because the attorney’s action, while not improper, has the appearance of impropriety.

The correct answer (which appears at the end of this article) is covered by Model Rule 3.9. Probably not a rule you spent too much time (if any) covering in class, and understandably so—the goals of the MPRE and of your law professor are at least moderately, if not drastically, different.

So do yourself a favor and sign up for a prep course. The good news is that every bar review provider will give you an MPRE prep course for free (or nearly so). Some may make you jump through more hoops than others to get the free course, but ultimately, you’ll have access to an outline, a lecture, and a boatload of practice questions. And, as a bonus, most MPRE courses are set up very similarly to the company’s bar review course, so it’s an easy way to test drive your bar review options without actually having to think about the bar exam.

*The answer to the sample question is C.

Lesley Miquel is the National Academic Director at Themis Bar Review, where she oversees the production of bar review course materials and guides course development in 37 jurisdictions. During Lesley’s 15 years of experience in the bar review industry, she has helped thousands of students nationwide successfully prepare for the MPRE and the bar exam. 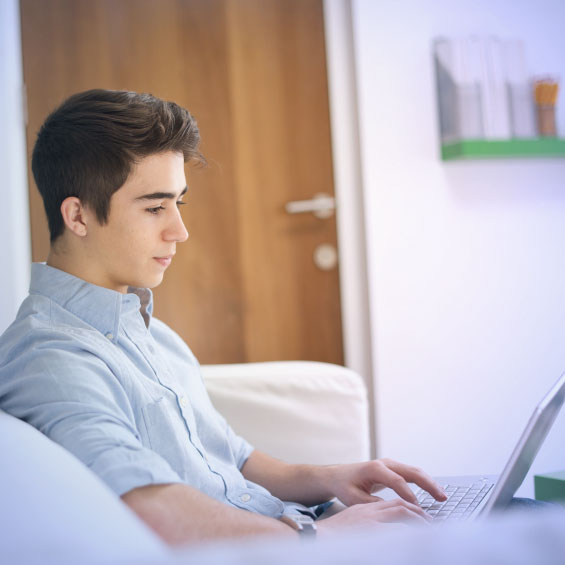 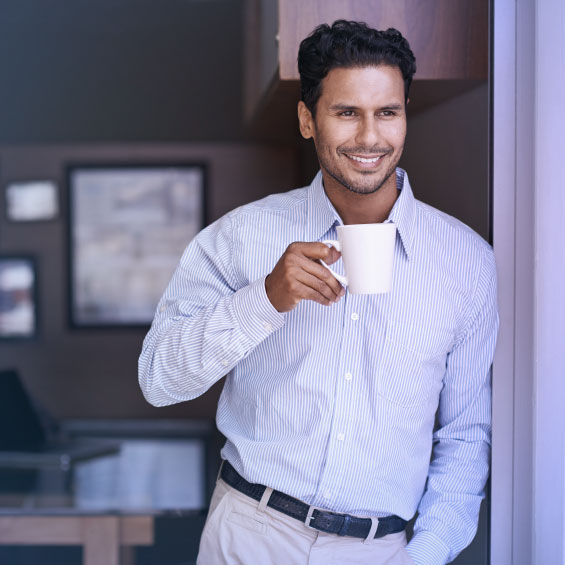